I’m a 58 year old serial entrepreneur, venture capitalist, author, and TV host. I was the co-founder of Boost Mobile (USA), the Managing Director and Head of Venture Capital at Saban Ventures, and a founding Partner in the Softbank Capital Technology Fund. My venture capital funds together have raised over 800M and were early investors in many leading digital media companies including The Huffington Post, Buzzfeed, xAD, Associated Content, and Buddy Media. I was the co-host of the CNBC outdoor investment show “Adventure Capitalists” and was the Founder of CooperativeHealth, a digital media company focused on men’s health. I also recently led the strategic development and restructuring of Lionsgate Entertainment’s fitness and wellness media group.  I’m currently the Group CEO and largest shareholder of the listed Australian med-tech company CardieX (ASX:CDX), and its subsidiaries – ATCOR, and CONNEQT Health.

I was formerly a Senior Associate at Australia’s largest national law firm where I acted for clients such as United Airlines, The Disney Corporation, and DHL International (where I was External General Counsel). In 1994, I co-founded NRG Asia–Pacific, which became the largest independent power producer in Australia with over AUD5.5 billion in energy generation assets.

I was also a founding principal of Private Energy Partners, which developed and owned coal and gas fired energy projects in Australia and Indonesia. I was the CEO of E-world Technologies Limited (Australia’s largest mobile enterprise software company) and was previously a partner in the largest independent mobile retail distribution company in Australia. I was also a founding director of EBT Mobile (China) LTD, the largest publicly traded mobile phone retailer in Eastern China and China Mobiles No.1 authorized reseller of mobile phones.

I’m a contributing expert on men’s health to The Huffington Post. I’m on the advisory board of Men’s Health magazine in both the USA and Australia and am an “Ambassador” for both the global men’s health foundation – “Movember” and 2XU performance sportswear. I’m also a “brand evangelist” for OuterKnown and The North Face.

I’ve got a Bachelor of Economics and a Bachelor of Laws (Honors) from the University of Sydney in Australia. I’m a passionate surfer, skier, mountain biker, trail runner, obstacle course racer, triathlete, scuba diver, and pilot – basically, anything outdoors. I’m the author of the Harper Collins book Your New Prime: 30 Days to Better Sex, Eternal Strength, and a Kick-Ass Life After 40: a comprehensive guide to healthy aging for men, and have previously been named one of the “Top Dealmakers in Hollywood” by the AlwaysOn Hollywood IT List. I’m a frequent speaker and panelist on digital media and health and wellness and an active investor and advisor in the sector.

Favorite Quote: “Nothing in this world can take the place of persistence. Talent will not: nothing is more common than unsuccessful men with talent. Genius will not; unrewarded genius is almost a proverb. Education will not: the world is full of educated derelicts. Persistence and determination alone are omnipotent”. Calvin Coolidge 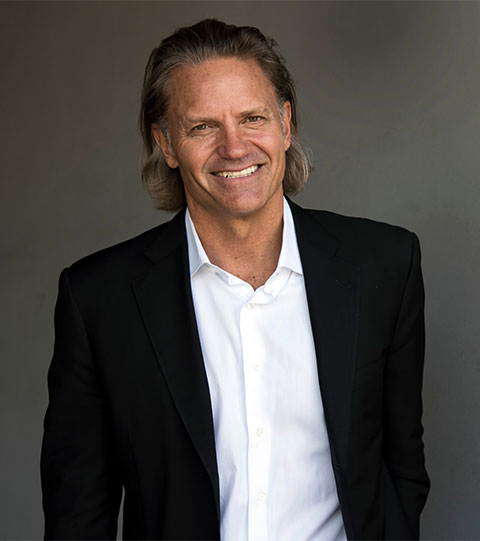